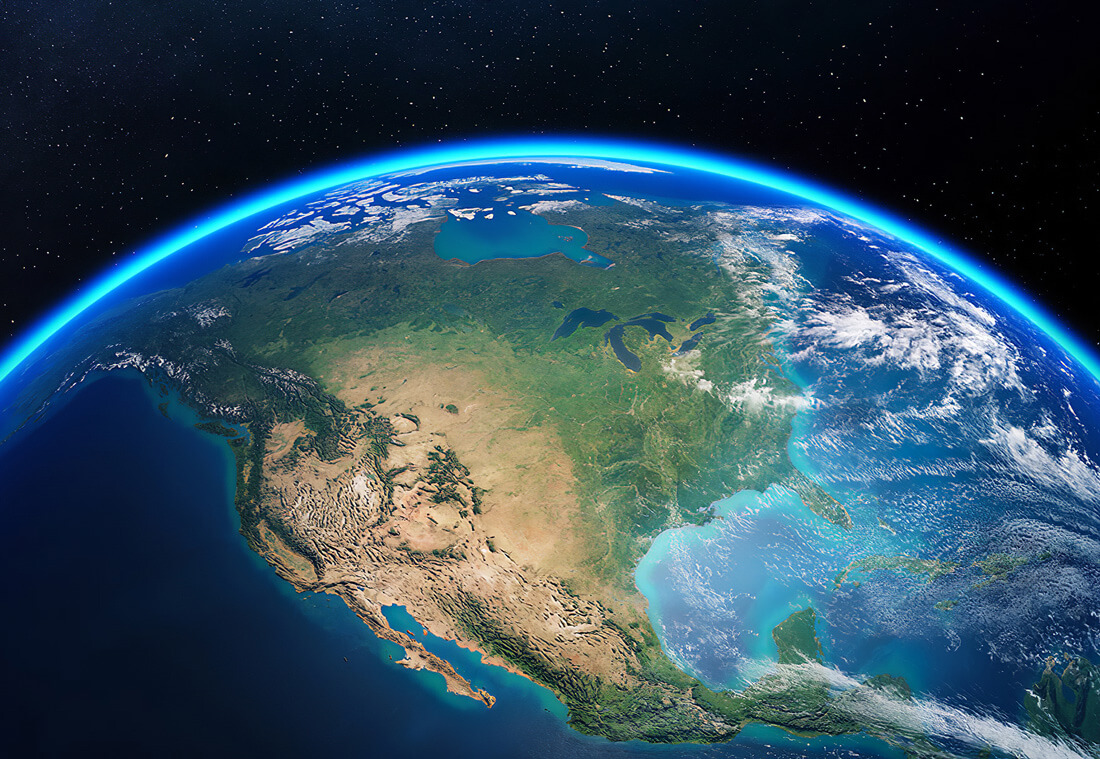 Posted at 18:06h in Climate Change by Danny Krueger
Share

The electoral college has confirmed President-Elect Joe Biden’s win over Trump in the 2020 US presidential race, and sustainability advocates the world over are hoping that the Biden-Harris administration will ring in a new attitude on climate policy – one where energy efficiency and sustainable technology development will again be at the forefront of government policy initiatives, as it was during the Obama years.

What will US climate change policy look like in the coming years? First, let’s look at President-Elect Joe Biden’s Climate Plan, which is ambitious, to say the least. Biden ran his election campaign on the following platform:

Biden says he plans on paying for this with an investment of $1.7 trillion dollars that will come from rolling back Trump-era tax cuts, reducing incentives for tax evasion and ending fossil fuel subsidies.

Read the full plan here: The Biden Plan for a Clean Energy Revolution and Environmental Justice 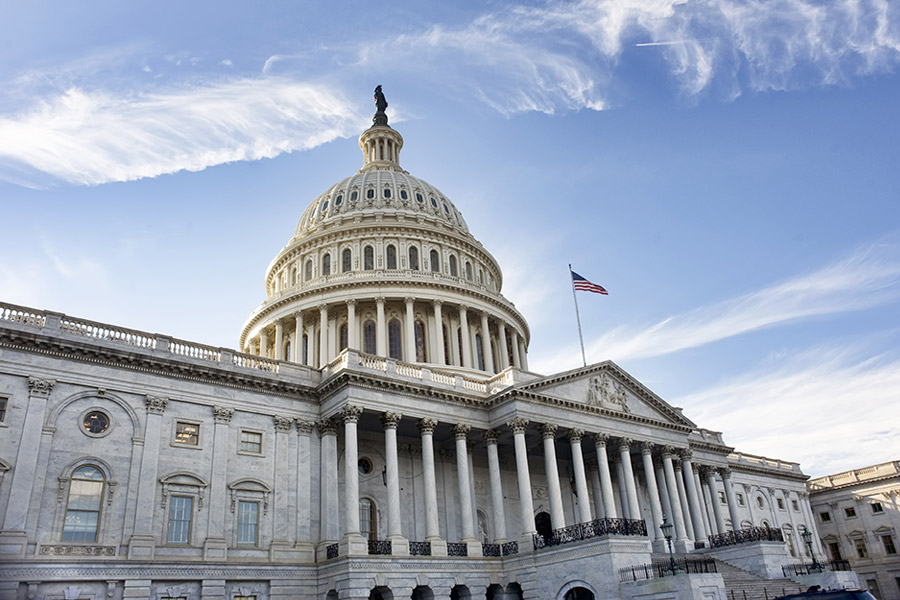 While the unprecedented election drama coupled with the Covid-19 pandemic has officially won the spotlight for 2020, there were still policies being developed that had nothing to do with the election or the pandemic. Two of which addressed the US’s future energy plan head on.The Senate’s American Energy Innovation Act (AEIA) and the House’s Clean Economy Jobs and Innovation Act (H.R. 4447) are 2020’s two major developments on the US climate policy front. The AEIA, authored by Lisa Murkowski, R-Alaska and Joe Manchin, D-W.Va. focuses on affordable, clean energy, energy security and global competitiveness, targeting efficiency, renewables, energy storage, carbon capture, advanced nuclear, industrial and vehicle tech, and updating the authority of the US Department of Energy.

This act, first introduced in February, 2020 stalled out under the impact of the Covid-19 pandemic and a disagreement over a provision limiting the use of hydrofluorocarbons (HFCs) in the refrigeration industry.  Unfortunately, at the time of this writing, this bill has been largely torpedoed, with only a fraction of its initiatives making it into an energy initiatives package attached to the more general end of year $1.4 trillion government spending bill.

According to an article from the Washington Examiner, the initiatives still in play include support for advanced nuclear energy and carbon capture/direct air capture to try and clean up the fossil fuels and natural gas industry. There are still provisions for long-duration energy storage, and the federal deployment of 25 gigawatts by 2025 of wind, solar and geothermal energy on public lands, but other than this, the energy package has been largely gutted of climate policies that would deliver meaningful change.

Meanwhile, on Thursday, September 24, 2020, the US House of Representatives passed the Clean Economy Jobs and Innovation Act (H.R. 4447). According to an article in the National Law Review, “The bill focuses on investing in clean energy innovation programs and setting up a foundation upon which future energy and climate legislation could be built.” The bill does not include language focusing on numbers or dates related to emissions-reduction goals, but it does provide funding for research and development related energy efficiency, energy storage, renewables, electric vehicles and emissions technologies, in addition to funds addressing grid stability and security. Like the energy package noted above, it also includes money earmarked for carbon capture and nuclear energy.

All indicators point to this piece of legislation being put in a holding pattern until after President-Elect Biden’s inauguration. Depending on who controls the senate, which will be revealed after the Georgia Senate run-off on January 5th, 2021, this bill may also be replaced with legislation that better reflects the incoming administration’s goals as stated at the beginning of this article.

As usual, our highly partisan system is stalling out on legislation of critical importance. Here at IoEnergy, this has us wondering if there is a workaround.

Harnessing the Power of the “Industrial Complex”

Just before Covid-19 interrupted life as we knew it, IoEnergy CEO, Danny Krueger attended a dinner, hosted by his alma mater, UCLA’s, alumni association. At the dinner, he was fortunate enough to be seated next to Noble Prize-winner, William Sharpe, a much-lauded economist who won the prize for his work developing the “Capital Assets Pricing Model.” An article from Stanford University, where Sharpe is the STANCO 25 Professor of Finance, Emeritus at the University’s Graduate School of Business, describes the model as, “a way of matching potential gain from an investment with the potential risk,” and is the standard by which the corporate investment industry measures risk.

Through the course of the evening, Danny and Dr. Sharpe discussed energy efficiency and environmental policy through the lens of “Industrial Complex Theory,” a socio-economic concept in which business and profit is entwined with social and/or political systems, where the failure of meeting goals results in increased profits for the industries involved. This quote from Wikipedia sums up the problems that can arise from industrial complexes:

“In many cases, the industrial complex refers to a conflict of interest between an institution’s purported socio-political purpose and the financial interests of the businesses and government agencies that profit from the pursuit of such purpose, when achieving the stated purpose would result in a financial loss for those businesses.”

The term is most well-known as being associated with the military industrial complex, but other examples can be seen in many of the largest industries powering society:

At the dinner, Danny and Dr. Sharpe discussed how industries within the complex – such as military-industrial – create their own markets and end up profiting most when “peace-protecting” wars are active. As Danny states in his YouTube video on the topic (see it below), “By having this industrial machine…we then fuel conflicts and create conflicts that actually keeps the entire globe trading in US dollars, and it’s very important to the United States’ economy.”

The take away from his conversation left Danny thinking about whether or not we could harness the industrial-complex concept and turn it around so that rather than have the “tail wag the dog,” as it were, we could use the principals to create new economies that are healthy, productive, and supportive of people, profit and planet. 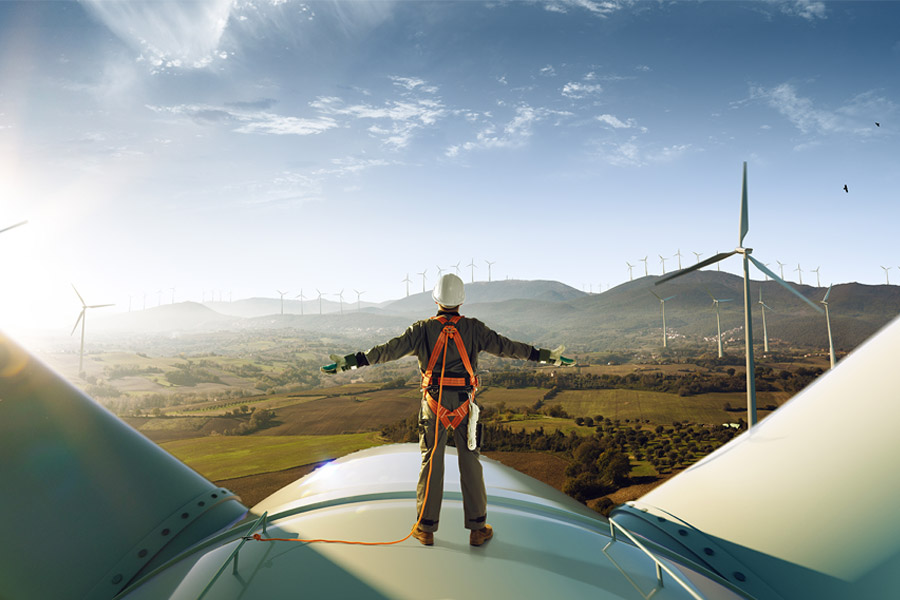 COULD WE CREATE A CLEAN ENERGY INDUSTRIAL COMPLEX TO WAGE WAR ON CLIMATE CHANGE?

The idea is to create sustainability machines instead of war machines, effectively declaring war on climate change and creating a profit center that becomes ever more enriched by the effort and energy put into developing a sustainable society.

It may seem idealistic or naïve upon first glance, but when considering the existing economic case for sustainability, efficiency and carbon-neutral energy, the argument has largely already been made.

Rather than resulting in death, destruction, kingmaking and profits like the military-industrial complex does, declaring war on pollution-centric business-as-usual brings about jobs, technological advancement, clean air, clean water…and profits. In fact, the profits are significant enough that with or without the help of the above-mentioned bills written in the senate and house – with or without President-Elect Biden’s strong commitment to correcting climate change on a global level, and with or without President Trump’s efforts to roll back climate-positive advancements in favor of methods that are rapidly becoming archaic, including coal and oil, the investment in energy efficiency, renewables generation, energy storage, and distributed energy is happening. Why? Because they are huge profit centers, money savers and economic movers.

To be sure, government action would definitely speed up the profitability and advancement of technology designed to reduce the impact of climate change. To put a number on it, Bill Gates recently suggested that $35 billion a year in government funding is what is needed for research and development to meet the problem head on. On the upside, however, his plan would result in the creation of 370,000 US jobs and unlike the military-industrial complex, it would not require any death, destruction or king-making. And while $35 billion sounds like a huge number, it’s only a fraction of the $718 billion the US spent on military in 2019. Additionally, according to key findings presented by Brown University, military spending creates 11,200 jobs for every billion spent, whereas the same amount of spending in clean energy would result in 16,800 jobs (a figure that actually exceeds Gate’s prediction by 218,000).

Obviously, getting serious government funding to propel climate savings initiatives forward would be ideal, and we hope that our deeply divided, partisan government will be able to eventually see the money, jobs and opportunity that are being lost because of their incessant arguing and stalling. But the truth is, with or without them, we’re doing it anyway. US businesses, utilities, innovators and investors are betting on climate-forward business practices, and they have been for quite some time.

IoEnergy CEO, Danny Krueger, Discusses the Military-Industrial Complex and How We Can Apply that Theory to Combating Climate Change:

Taking the Pulse on the San Francisco Real Estate Market